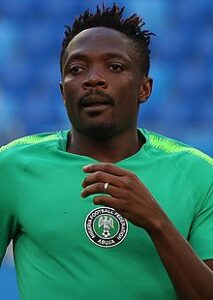 As he left Al Nassr in Saudi Arabia, the former Leicester City striker is a free agent. Baggies boss Sam Allardyce could turn to veteran Musa, as he needs a cut-price forward to help his team score adequate goals to avoid relegation.

Ahmed Musa is interested in the move, as he wants to show he has the quality to succeed in the Premier League, as he had a mediocre spell with Leicester.

West Brom have reportedly applied for a visa for the 28-year-old, and he may even travel to the country on Wednesday.

Governor Akeredolu, My Deputy Betray Me Despite Paying Him N13m Monthly