A Twitter user, Lungi Shozi with user name (@IamlungiDee) on Monday, August 17, shared images of the divorced woman, which has caused quite a stir on the Internet.

In the photos shared online, the lady is seen wearing a sash reading; “Divorced Diva” . She also celebrated with a beautiful cake which was written; 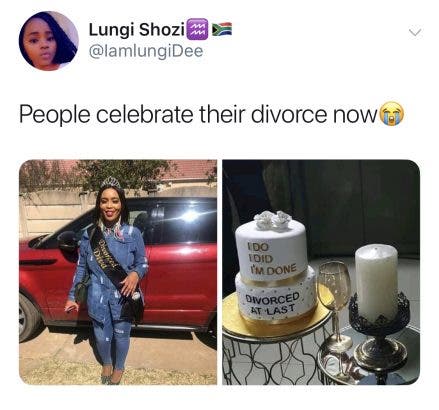