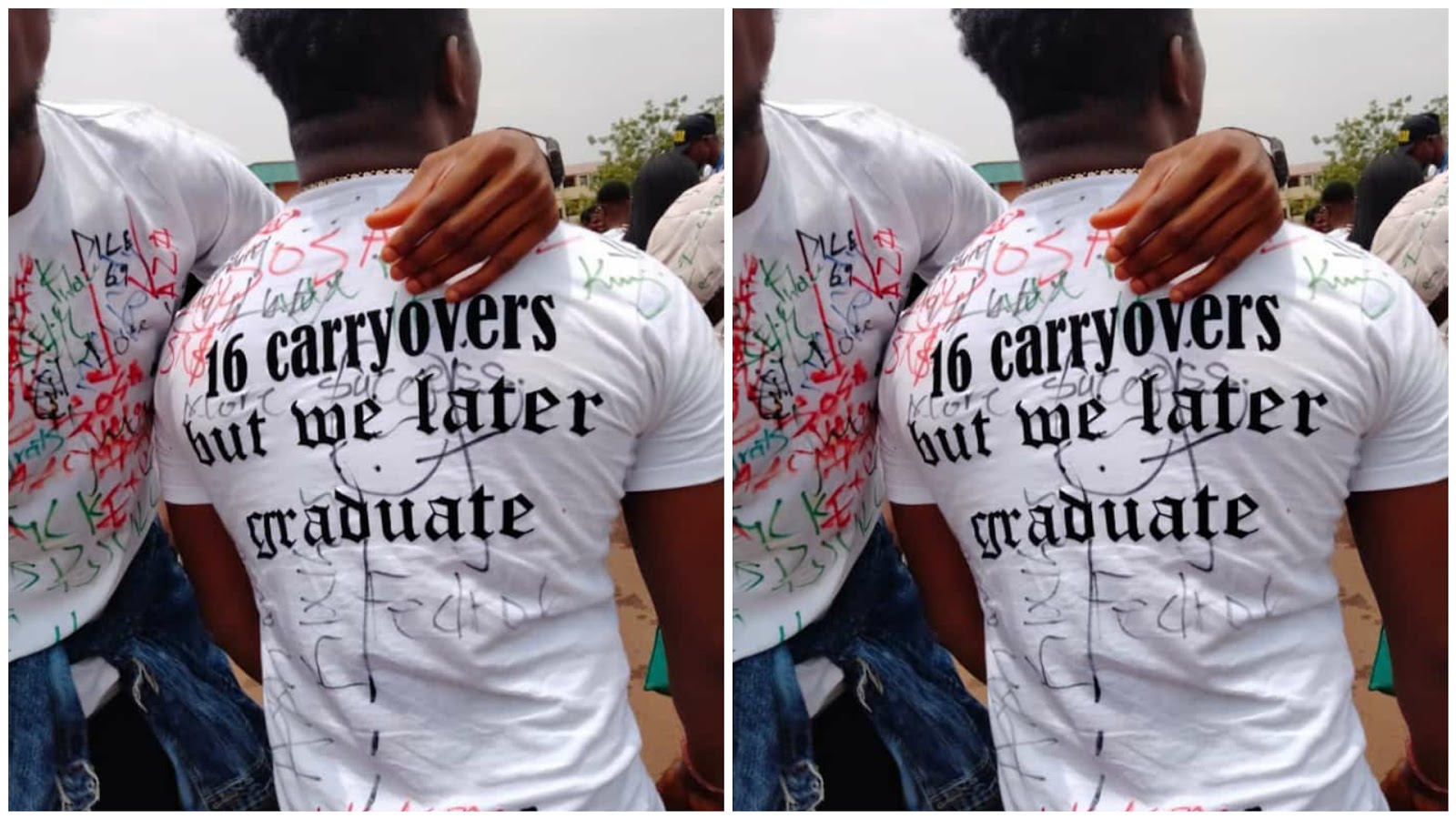 In a trending photo on social media, inspiring writeups were written at the back of a “sign out” Tshirt of a fresh graduate from IMT, Enugu State. After the photo went viral, Nigerians began to react by saying the guy had enough patient and great determination for the Nigerian Polytechnic graduate for him to face 16 carry-overs.

Like it or not, many people would have committed suicide, if they were to be in this guy’s shoes. We’ve had cases of people who had committed suicide over just one carry-over. Now, we’re talking about 16 carry-overs. He’s such a strong, young man and we wish him success. 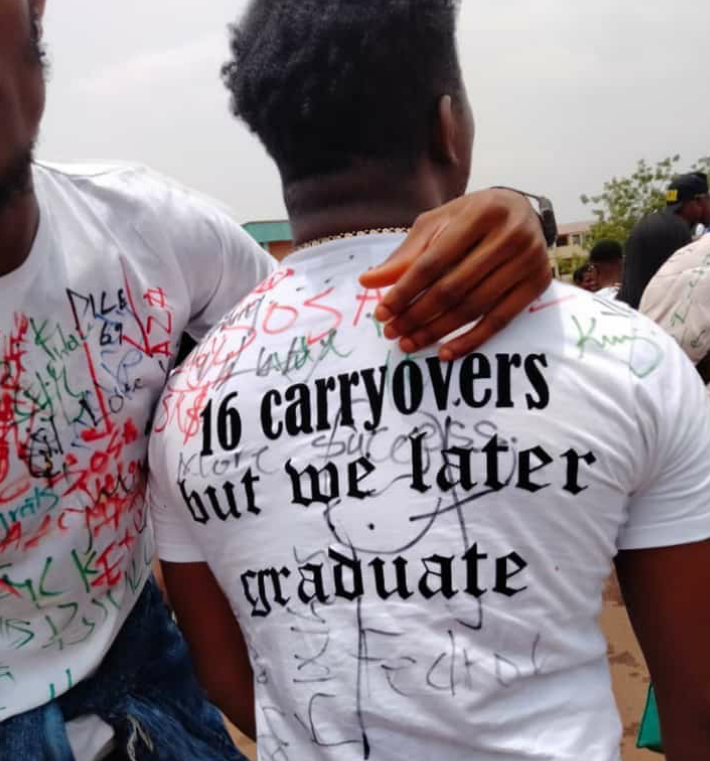 The photo of a student Institute of Management and Technology IMT Enugu Chuks with Instagram name @oficial_ chuks_ going viral on social media over inscription on his polo that tag (16 Carryovers but we later graduate).

According to report made available to Matter Arising, Chuks while chatting with our correspondent disclosed that, there are a lot of students out there thinking of giving up because they believe it can no longer be possible for them due to carryovers issue.

Chuks statement reads, “That’s it I didn’t have sixteen carry over just motivating people not to quite when they are witnessing failure”

A of the Institute of Management and Technology (IMT) Enugu, has shown great excitement as he finally graduates after having 16 carryovers in school.

The man who couldn’t hide his joy posed for some photoshoots in his sign-out outfit. He unashamedly printed on his polo that he has finally made it despite bagging 16 carryovers in School.

Undoubtedly, this is considered a great feat to the man, failing 16 courses and repeating them is not something to be taken lightly. He actually fought a good fight and successfully passed all 16 courses before he was permitted to graduate from the institute.

Check out some photos of the man, whose enthusiasm seems to have reached an apex poin.

Banker Of The Day 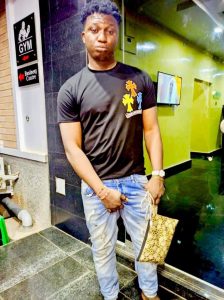 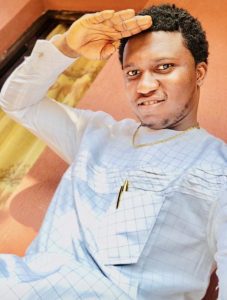