Woman Stabs Her Fiance To Death, A young South African man, Katlego Vura Sono, was allegedly killed in South Africa on Monday, September 7 by his fiancee as friends and family members, who took him to Facebook to mourn.

According to online reports, in Meadowlands, a suburb of Soweto, Gauteng Province , South Africa, it was found that the victim Katlego was stabbed to death by Lufuno in the early hours of Sunday 6 September.

Sharing photos of the deceased, one Ray Horace wrote: “We lost a soldier. Mara Lana ai. She took our dear brother, friend’s life just like that.” 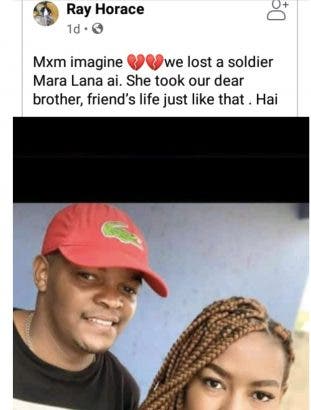 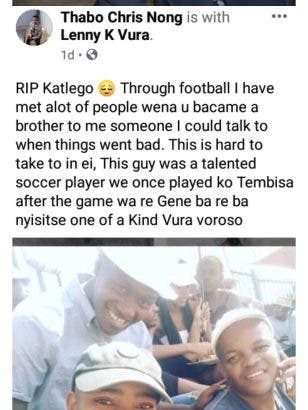 See more photos and posts below; 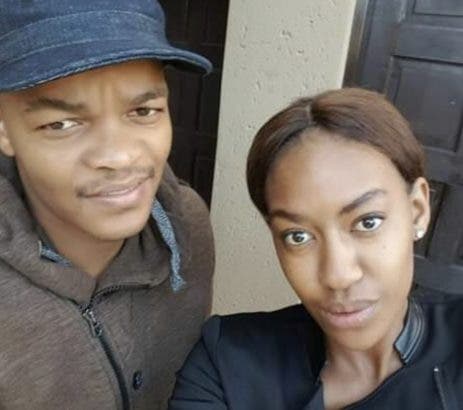